I've been waiting for three months now for genealogy documents I ordered from the Peoria Catholic Diocese about my Jasaitis family in Illinois. I know they have some of the documents I requested for I received a phone call from one of the nuns way back in April telling me of several she found in their archive, but she did warn me that it could take a couple of months to receive copies as they only do photocopying once a week and have a limited staff, but it's soooo hard to wait patiently.

Sister Mary told me she found several documents for Andrew Jasaitis of Westville and surprisingly his last name was spelled with a "J" instead of a "Y" in those documents, whereas in most records I've found for him his name is spelled Yasaitis. The Lithuanian pronunciation of the "J" sounds like our "Y"; there is no "Y" in the Lithuanian alphabet. Interestingly, his brothers all shortened their last name to Sites but he did not.

I just received a note from one of Andrew's descendants, a gr-granddaughter, interested in what I've learned about her Jasaitis family so rather than continue to wait for those documents about her gr-grandfather I will write what I know, or think I know, today.

I believe that at least eight Jasaitis siblings emigrated from Lithuania between 1872 and 1891, probably originally from the small town of Alvitas, Lithuania, (Polish spelling Olwita), in the county of Vilkaviskis along the western edge of Lithuania. At the time of their departure Alvitas was only about five miles from the German/Russian border. I say it that way, "at the time of their departure", for the borders of Lithuania have changed many times throughout history.

It has taken me years to piece together these relationships and there are probably errors still. I'm hoping the documents on Andrew Jasaitis will help confirm that these eight were siblings. Because their birth dates have a range of 29 years it's probable there were two mothers for these eight siblings. However, until I know for certain otherwise, I'm saying the father's name was Jacob Jasaitis and the mother's Agatha (maiden name unknown).

The oldest of the immigrants was Adam Sites, born about 1851 in Lithuania, arrived in the U.S. about 1873 and settled in Pittston, PA. There was already a man named Vicas Jasaitis in Pittston, one of the earliest Lithuanian settlers in the area. He may have been related to Adam and encouraged him to come to Pittston. I don't know that for a fact. In the 1880 federal census Adam's last name was spelled Scyte, then later Sites. He married Louisa Smith (originally Schmidt) from New York in 1878 and they had one child, William George Sites, born May 25, 1879 in Luzerne Co., PA. Adam died March 4, 1818 in Pittston.

Adam's younger brother, John Sites, was born April 5, 1858 in Alvitas, Lithuania, and came to this country in 1888 or 1889 and lived almost a decade in Luzerne Co., PA, near his brother Adam. Around 1898 he and his wife Agnes (Agota Stefonowicz or Steponaitis) Sites and three children, William Stanley, Joseph John, and Maggie, moved to Indian Territory in Oklahoma where John worked in the coal mines. In about 1906 a fourth child, Benjamin, was born in Oklahoma. Agnes died of the flu epidemic that swept the nation in 1918 and John stayed in Oklahoma with his children. He died November 21, 1929, and is buried at Westlawn Cemetery, Henryetta, Okmulgee Co., OK.

The next child of Jacob and Agatha was my own gr-grandmother, Petronella Jasaitis Uknavage (Juknevicius, Juknewicz), born June 11, 1860 in Lithuania, and immigrated in 1889 with her husband Joseph Juknevicius, changed to Uknavage in this country. They brought with them three children, Joe, Frank, and Petrona and settled in Pittston, PA. Two more children, Frances Cecile and William Joseph were born and baptized in the Catholic church in Pittston. By 1900 they lived in Westville, Illinois where Joe was a coal miner along with his two older sons. Apparently my gr-grandfather died shortly after the 1900 census and his widow lived on in Westville, raised her children there, and passed away March 6, 1938. It was her obituary printed in the local newspaper that gave me my first clue as to the names of her living siblings. Unfortunately, it didn't mention those who had preceded her in death, namely Adam, John, Andrew, and Frank. Those relationships were more difficult to establish.

Joseph Sites was listed in Petronella's obituary as a brother living in Columbus, Ohio. I found him in the census records, learned that he was a tailor, married to Catherine Rose Keelty, with three children, Joseph Francis, Agatha Mary, and Constance C. Sites. Joseph is the gr-grandfather of Tom Shaw, our Florida cousin who has done so much to bring us all together on facebook. Constance Sites Kraft had a daughter Carol who provided me with important family information about her grandfather's brother Frank and her grandfather's sister Frances. I don't know why Frances was not mentioned in Petronella Uknavage's obituary for she was very much alive in 1938 and living in Grand Rapids, Michigan...but then, I'm getting ahead of myself. We'll come back to Frances. Joseph Sites died April 2, 1945 and is buried in Ohio.

The next child of Jacob and Agatha was Andrew Jasaitis/Yasaitis, born December 23, 1866 in Lithuania. He emigrated about 1885 and married Anna Dailidie (or Dalida or some other spelling in Lithuanian) October 30, 1899 in Vermilion County, Illinois. They had five children, Andrew W., Anna Agatha, Petronella, Frances, and Joseph. The 1910 federal census says they had eight children but only five were alive by then. It also tells us Andrew was the proprietor of a saloon in 1910. Frances Yasaitis married William Pinkney Delancey, a beloved baseball pitcher for the St. Louis Cardinals and their daughters and grandchildren are now our facebook friends. Andrew died April 21, 1927 after suffering burns and smoke inhalation months earlier in a house fire that also claimed the life of their daughter Petronella. As soon as I receive the additional information I've ordered from the Catholic archive in Peoria I will post that information online for Andrew's family to see.

Frank A. Jasaitis Sites is next in the birth order, having been born October 2, 1870 in Lithuania. He came to the U.S. in about 1890. He may be the "Vinc. Jeschaitis" shown on the ship's passenger list with my gr-grandparents who were aboard the Lahn, which departed from Bemen and arrived in New York in June 1889. Frank moved to Columbus, Ohio where he lived near his older brother Joseph and also made his living as a tailor. He married a local girl just as his brother Joseph did. His wife was Tina A. Leopoldine Petru, and they had two children, Anna A. and Charles F. Sites. A female relative of Tina Petru is one of our facebook friends! Frank died December 24, 1922 and is buried in Columbus, OH.

The seventh child was William J. Sites whose name was Vincent Yasaitis in the 1900 census in Westville, Illinois. He was born in January of 1872 in Lithuania and arrived in our country via Hamburg, Germany April 12, 1891. In about 1895 he married Teofilia Dereskevicius (aka Tillie Derenge) in Wilkes-Barre, Luzerne Co., PA. She was also Lithuanian. They had eight children, Frances H., Vincent Geddes, Joseph J., Anton Alvin, Aldona M., and Cecilia. William was a naturalized citizen, spoke English, and worked at various jobs such as hotel clerk, jobs other than coal miner. William died April 10, 1944 in Wilkes-Barre. 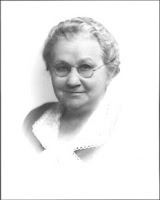 Last but not least was Frances C. Jasaitis, born October 4, 1880 in Lithuania. She came to this country as a child in about 1884, lived in Pittston for years but I don't know who she lived with. On August 14, 1899 she married Charles P. Gillis, another Lithuanian immigrant, and they had four children, Lenore Julia, Agatha S., Grace Carol, and Ernest Reymond (or Raynold) Gillis. Frances and Charles along with their children lived most of their lives in Grand Rapids, Michigan, a city with a large Lithuanian immigrant population. Frances died November 4, 1966 - born last and died last, of the eight siblings.

I want to restate that some of my information may be incorrect. Those of you who study genealogy know that records for any one person vary considerably from census to census, from birth certificate, to marriage certificate, to death certificate. I am always seeking clarification, correction, and addition to my family information and welcome any comments or criticisms you may have.

I would dearly love to write the story of our Jasaitis family as it really unfolded from the time they left the old country until their deaths in America but I don't have any firsthand information. However, I believe the story would be sad, full of tragedy and pain. I think I can read between the lines enough to know that some of the siblings stayed in touch while others were estranged. Some of the parents held their children close, got them educated and then lost some of them to early deaths. Other parents, like my gr-grandmother, Petronella, had children leave the nest and never return or stay in touch. I told you about Andrew dying after suffering for months the effects of a house fire on his lungs and the psychological pain of losing his young daughter in that fire despite his best efforts to save her. I know one of the Jasaitis brothers died a painful death from syphilis. We all want and need our privacy, our skeletons in the closet that never see the light of day, so I am reluctant to write of the more sensitive or even shameful aspects of our immigrant families' lives. Even though times have changed and children born out of wedlock are "no big deal" to many in our society, in the early 1900s that was a big deal. What is to be gained by telling those details? So, I try to strike a balance and tell enough to bring these long gone relatives alive in our minds without vilifying them. That is one of the reasons I've not posted my genealogy database to ancestry.com...it contains some facts that I want to keep within our own family.