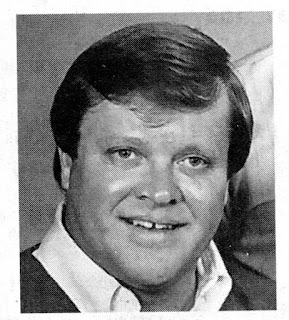 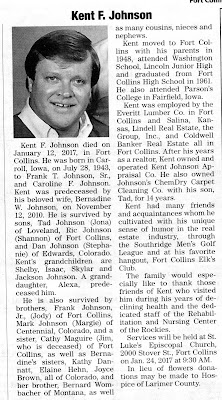 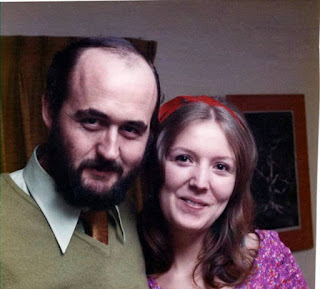 As I look back over the forty-five years of our marriage I realize that music has overlaid our lives like a gentle fog, shifting and changing, but always present, making our lives together one continual song, a moving melody.


On our wedding day we said our vows to the music of Neil Diamond's Brother Love's Traveling Salvation Show..."pack up the babies and grab the old ladies and everyone goes, cause everyone knows brother love's show..." playing on the portable record player at the little Methodist chapel on East Elizabeth Street. A little unconventional for a wedding but it was our music.

1971, the year of our courtship, we not only danced to Neil Diamond while partying with friends, but both fell in love with the rock musical Jesus Christ Superstar, written by Andrew Lloyd Webber and Tim Rice. We knew all the words to every song and still do. And we danced to country western music at Bruce's Bar in Severance, to Three Dog Night's Joy to the World (Jeremiah Was a Bullfrog), The Colorado Sunshine Company, and collections of rock and roll music from the 50s and 60's on reel to reel tapes produced by several of the guys in our group.

Oh, I mustn't forget, the Dutch Hops, an annual Harvest Festival in Windsor with polka bands and Dutch hop dancing upstairs at the Grange. We even attended a few Square Dances at the Lodge Hall in Wellington, with Bob's father calling the steps. One of my favorite events was the outdoor dance at the Well-o-Rama, late at night after a long, hot day of parades, games, sunburns, motorcycle races. Yes, we danced our way through the seventies, to the beat of an eclectic mix of music, and I'm so glad we did.

Somewhere in there we became friends with several musicians who started coming to our home where they played and sang, stayed for dinner, became part of our extended family. Dave Yeaney played guitar and sang Bill Staines' Last Dance At Salinas "Oh, she says her name's Betty Grable, and he says he's really John Wayne, when you're five miles from nowhere with nothing, who gives a damn 'bout a name?"...aww, Dave, you were so talented, and you made us laugh, and sold your favorite guitar to Bob for a song ....but you took your own life..."like lovers often do...I could have told you, Vincent, this world was never made for one as beautiful as you...starry, starry night." Yes, Don McLean's songs were woven into our mix too.

And there was Moose, aka Michael Buchanan, who brought the music of John Prine and Willis Alan Ramsey into our lives, our own Spider John. Moose's bluegrass sound was plaintive, authentic, soulful. "There's a hole in Daddy's arm where all the money goes..."...oh, I remember how he made those songs his own. Then Moose was gone and took all that talent and possibilities with him.

Charlie Butler, "Good time Charlie's got the blues" played and sang, taught me about plants, took our son, Patrick, fishing, was a big part of our lives, musically and otherwise. He and Bob played guitar together many hours, upstairs in the dome, cussing and discussing.

Charlie's piano-player partner, Steve Johnson, taught Bob to play the piano. They didn't start with Chopsticks, no, Bob wanted to learn MacArthur Park by Richard Harris, "Someone left the cake out in the rain, I don't think that I can take it, 'Cause it took so long to bake it, And I'll never have that recipe again, Oh no!" They practiced that song until they both could play it well, and by then they were sick and tired of it! I loved it...got to hear it played many times as they practiced all the complicated chord changes in that mysterious song.
My sister Fran introduced us to The Moody Blues and we immersed ourselves in "Nights in White Satin", "Tuesday Afternoon" and more. Listening to that album now is calming and soothing to my soul. And Bob taught himself Maybelle Carter's Wildwood Flower, forever etching itself in my brain. My brother, Mike, brought his own musical tastes to our lives, enriching our musical lives, broadening our horizons. Carole King, Chuck Berry, and Jim Croce come to mind.

Throughout the 70s and 80's, as we learned to love the new music of John Prine, Moody Blues, and others we had our own standby favorites in Willie Nelson, Waylon Jennings, Johnny Cash, Merle Haggard, Marty Robbins, Roy Clark, Kris Kristopherson, Joan Baez, Janis Joplin, Dolly Parton, and Judy Collins.
And there was music on the radio too. Lenny Epstein hosted a weekly show we came to love, playing folk songs by Woody Guthrie, Bob Dylan, Utah Phillips, and folk artists we'd never have known if it weren't for Lenny.

The music continued into the 80's and 90's, an ongoing serenade of joyful sound by the likes of Gordon Lightfoot, the Eagles, Bruce Springsteen, Bob Dylan, Kate Wolf, and Mary McCaslin. Always new voices bringing their lyrics to the chorus, weaving their words into our song.
And there were minor chords too, songs that accompanied death of a family member and will forever be associated with them in my mind. My mother loved Patsy Cline and when I hear "I fall to pieces each time someone speaks your name" I think, yes, Mom, that is how I feel when someone speaks your name, even now, after all these years. When my sister Kathy died her daughter Rachel sat on the floor at the funeral with her guitar in her lap and sang her mother's newest favorite song, John Prine's "Make me an angel that flies from Montgomery" with such sweetness and sensitivity that it broke my heart. On the day we buried Bob's mother her longtime friends Ed and Opal Turner came to our home with their guitars and sang and played to comfort us in our grief. Bob sang with them, a fitting dirge in the folk tune Long Black Veil, "She walks these hills in a long black veil, she visits my grave where the night winds wail, nobody knows, no, and nobody sees, nobody knows but me." That mournful voice was a son, Bobby Russell, singing his sadness for his mother as she made her transition from our world to the next.

Now as we celebrate forty-five years of marriage our song has mellowed. No longer do we rock the rafters with the raucous sound of Bob Seeger's Old Time Rock and Roll or Peter Rowan's The Free Mexican Airforce. Now our son, Patrick, brings his guitars and sings and plays his music in our home. His daughter, Isabella, is finding her own voice in the modern day music of her time. Our daughter-in-law, Alejandra, expresses herself beautifully in dance and so does Lucas, our grandson. Our older grandson, Cortland, shares his appreciation for Lady Gaga with his younger brother and sister and together they are trying to bring Grandma into the light. And so our song continues, and this house is never without music, gentle, thought-provoking music these days.

Thank you, my love, for the music and the memories. You have some favorite musical quotes like Jimmy Buffet's “Some of it's magic, some of it tragic, but I've had a good life along the way.” and the Oak Ridge Boys "Nobody likes to play rhythm guitar behind Jesus, everybody wants to be the leader singer in the band" but I think the lyrics that best express my feelings are Bette Midler's The Rose.  "Some say love, it is a river, that drowns the tender reed. Some say love, it is a razor, that leaves your soul to bleed. Some say love, it is a hunger, an endless aching need. I say love, it is a flower, and you, its only seed." Happy Anniversary, Bob.
Posted by Russell at 9:52 AM 9 comments: