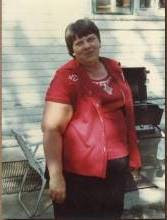 When my stepmom passed away two years ago I came into possession of a bag of fabric scraps that had belonged to her, probably quilting scraps. I got them out a couple of weeks ago and sorted them by color, letting my mind work on ways to create a quilt of some sort using these little scraps. I soon realized that most of the scraps were quite old and had probably belonged to Judy's mother who was also a quilter. I went to flickr.com and searched for vintage fabrics which helped me to date the fabric scraps but even better than that showed me there are a lot of people who appreciate and even specialize in collecting vintage fabrics. What a visual treat that was! 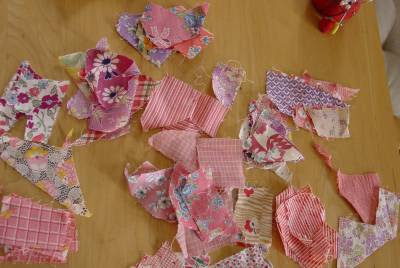 Since the scraps were various shapes and not large enough to cut into squares or rectangles of a decent size I opted to applique them to a solid piece of cloth rather than piece them together. Applique is not something I'm good at - just can't seem to master that tiny stitch around the edge that anchors the cloth to the background fabric without being obvious. But I did it anyway and those little stitches do show. I found some old solid green fabric in my own collection and used it to make the sashes. I added a solid piece of fabric to the back and now I'm quilting this little 23"x23" scrap quilt and when it's finished I'll frame it and hang it. I think Judy would like it. 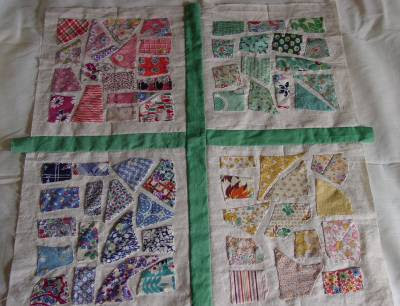