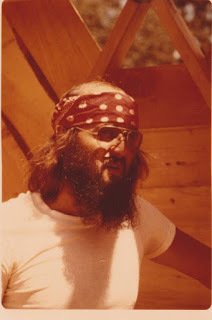 Throughout the building of the dome we took photographs with whatever camera was handy. I always have had a camera of some sort since my dad bought me my first Brownie camera when I was in the sixth grade. For awhile I had a small, inexpensive camera that shot 110 film, but most of those years in the 1970s I had a camera that used 135 film. And I had no skills, just a desire to save a memory on film.


Fortunately, we had a friend in the 70s named John Messineo, a professional photographer and fun guy. I believe Bob met him through their mutual friend Jack Pierson, also a photographer and longtime friend. Both John and Jack worked at the photo lab at CSU. John and his wife Barbara were interesting people to know and good friends. John took some terrific photographs of the dome under construction and captured Bob in action. I treasure these photos and recognize John's skill and perspective. 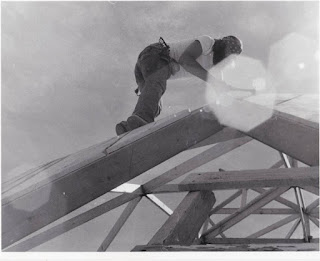 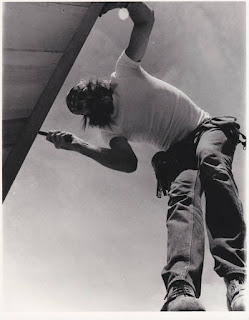 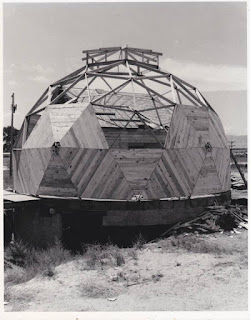 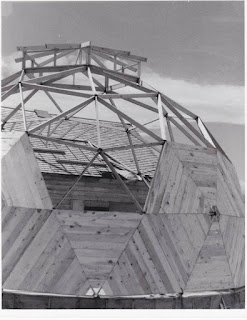 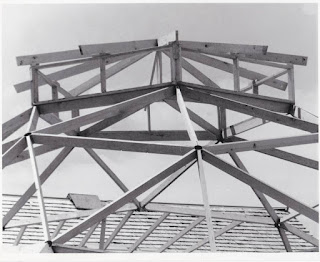 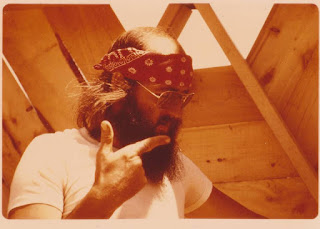